On 5th April, 2022, Minister of Education, Hon. Agnes NyaLonje presented a ministerial statement to Parliament on the status of government projects in the primary and secondary education sub-sectors. The statement paints the grim reality of problems gripping the country’s education system, but it also shows that if we can follow through on current policy plans, strategies, and the national vision, we might be on the cusp of change over the foreseeable future. 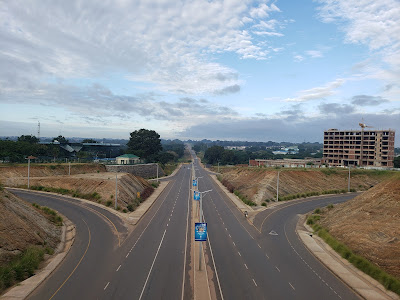 It is nothing short of a national scandal, as we have known since the 2018 population and housing census, that 85 percent of 14-17 year-old Malawians are out of school. It is deeply troubling that 62 percent of students who pass the Standard 8 examination have nowhere else to go because our public secondary school capacity accommodates only 38 percent of those who pass. Such is the precarity and fragility of our education and social protection systems that 450,000 primary school learners (8 percent) have dropped out of school since the onset of the covid-19 pandemic. For secondary school students, that number is 37,000 (9 percent).

Before the cyclones between January and March this year, 10 percent of primary school learners were using temporary classrooms, while 25 percent were using open air classrooms. According to the Ministry of Education, the cyclones affected 476 schools in 22 education districts. There is a deficit of 4.4 million desks for both primary and secondary schools. At the primary school level, 75 percent of learners do not have a desk.

There is progress being made, but it is slow. The government has been constructing three teacher training colleges, but four years since construction started, not even one has been completed. Indications are that all three will be completed this year, which will be a great development. The Secondary Education Expansion for Development (SEED) project, which aims to expand or construct 250 secondary schools, started in 2018, and is expected to end in 2023. With one year to go, the project has constructed only 16 new secondary schools, and expanded only 30. Hopefully there will be an extension, owing to the delays this important project has encountered.

There are positive signs on the horizon, however. There are ambitious and forward looking policies and strategies that, if strictly followed and implemented, could lead to tremendous improvements in the system by 2030 and beyond. The MIP-1, the implementation plan for the first 10 years of the Malawi 2063 vision, has made several strategic provisions. By 2025 all primary schools are expected to have an Early Childhood Education program to ensure that every child has access to public pre-school. Currently only 28 percent of our children have access to pre-school, and these are mostly privately owned centres in urban areas. Access to early childhood education will help most children enter primary school well prepared, and succeed.

Currently about 800,000 children enter Standard One every year, and only about 300,000 survive to Standard 8. This explains why 67 percent of Malawians aged 15 and above do not have any school qualification, according to the 2018 population and housing census. There are far more Malawians outside the school system, than those in school, especially those of adolescent and young adult ages. The budget has nothing for them. The MIP-1 provides for community learning centres, which would address this problem.

There are three other really important strategic interventions the government is undertaking. The Ministry of Education is introducing Open, Distance and eLearning across the entire education system. This could unlock access for millions of Malawians who are denied an opportunity for education especially at secondary and tertiary levels. The Ministry is also developing a new science, technology and innovation strategy that, together with the ODeL strategy, could solve major problems of access, quality, research and innovation across the education system.

There is also a National Teacher Policy that aims to transform the teaching profession and make it central to improving the quality of education and enhance human development capabilities. Once launched, the teaching profession may not be the same. At the heart of Malawi 2063 and the MIP-1 are education, knowledges and competencies to deliver on the aspirations both in the short term and in the long term. That is why one of the seven pillars of Malawi 2063 is human capital development, which others prefer to call human capabilities to ward off the exploitative scent of neoliberal thinking. The education system, and teachers in particular, are therefore central to the achievement of the national vision.

So what we really need to do, as a nation, is to make sure we all understand the vision we have set for ourselves. Even more important is to develop a strong implementation mindset to ensure that we follow through on what we have pledged to do. We should put behind us the era of developing brilliant policies and strategies but failing to implement them. The Malawi 2063 and the MIP-1 are brilliant, well thought out documents. But they need to be seen as living documents that can respond to shifting ground. They also require vigilance and determination, especially in the governance and public sector performance areas.

What is most crucial about the new policies and strategies is that they need to aim at growing the economy exponentially, for the country to be able to start financing and implementing the national vision in the mid-term and in the long term. The current education sector investment plan for the period 2020 to 2030 envisages that for 2022, the education sector requires MK1 trillion. The 2022-2023 budget passed in Parliament recently has allocated MK462 billion to the education sector; not even half of what is needed. This is a problem of the national economy and governance systems.

Currently there is about K153 billion ($180 million) from development partners going into the primary education sub-sector, and about K204 billion ($240 million), also from development partners, being spent on the secondary education sub-sector. Development projects in the education sector are still heavily dependent on donor aid, largely due to the size of our economy which is incapable of funding huge infrastructure projects. There is hope that the MIP-1 strategy might help to begin to change things.

The massive corruption and theft that have now become a daily front page routine pose an existential threat to the national vision, but one we can overcome, if we are determined enough.