A profile describing the project undertaken by the Coalition of Women Farmers observes that only four percent of Malawian women own land, yet 70 percent of Malawian subsistence farmers are women. But it is also well known that Malawian women take up the responsibility of providing food for their families. Given the food crises Malawi has experienced in the first half of this decade, and the surpluses of the last four years, the empowerment of women in land ownership is one way of establishing a social structure that could ensure that food is available to more Malawians throughout the year. Using literacy to achieve that goal reinforces the understanding that reading, writing and numeracy should not be for their own sake, but rather for greater transformation and socio-economic well-being. Literacy is part of the framework within which each of the eight Millennium Development Goals ought to be understood and integrated, if they are to be seen as more than top-down, donor-driven rhetoric.
That is how we ought to look at literacy, and address what many Malawians see as the absence of a reading culture. We should view literacy as a process of not just knowledge consumption but production as well, embracing new technologies to facilitate grassroots participation and promote human dignity, especially that of women, children, and those with special needs. More importantly, we should use modern literacies for the promotion of social justice and uMunthu-peace.  As we Malawians like to say, kuphunzira sikutha; learning never ends.
Posted by steve sharra at Tuesday, September 07, 2010 6 comments:

Malawi has an app for that: Charting a developing nation’s IT future

The Vuvuzelization of world football: Ghana & the real story of SA2010

Powering a Development Idea: OVOP Prospects in a Malawian Village

Until Thandika Mkandawire commented on the launching of the One Village One Product (OVOP) concept on the Malawi Internet listserv Nyasanet in November 2003, I hadn’t heard much about the idea.  So when I heard that a team from the OVOP Secretariat in Malawi’s capital city Lilongwe would be visiting my village in Bwanje, Ntcheu district, on Monday May 31st 2010, I decided to go and see for myself. I was told that the Member of Parliament for the area, Hon. Stevin Stafford Kamwendo (Ntcheu Bwanje North), was also going to be present. The meeting was supposed to start at 11am, but the OVOP team didn’t arrive at the Bwanje Primary School venue until after 2pm. Hon. Kamwendo was supposed to be in parliament back in Lilongwe by 2pm that same day, so when he didn’t show up with the OVOP team, we assumed the delay had made it impossible for him to make the trip. 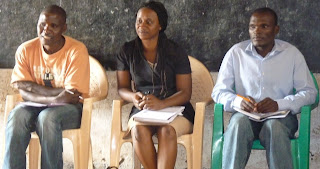 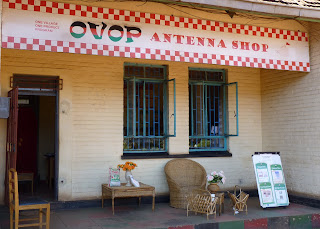 I have no idea what other considerations will go into the decision whether to award the Bwanje group an OVOP business grant or not, but whatever happens will in large part also entail what a determined Member of Parliament can achieve or fail to achieve. The issue of electricity is likely to feature prominently into the decision making process. One reason for this will be because a processing plant like the one being proposed will not be able to work without electricity. But more importantly, the issue of electricity supply, as my father said after the Bwanje meeting, hovers ominously above the entire question of development in Malawi.
That the Bwanje Valley Rice Processing project in Dedza has taken off as a huge success is due to the fact of the electric grid being nearby, a luxury that the Ntcheu part of Bwanje valley can only dream of. During the campaign period for the May 19 elections in 2009, President Bingu wa Mutharika visited an area some 20 kilometres north of Bwanje, my father told me. The president is said to have directed that the area be connected to the electric grid. It has been more than one year since the president’s visit, but there’s no electricity anywhere near the area. On hearing the president’s directive, the local Catholic parish, Sharpevale, sold all its maize reserves and realized MK800,000 (approx. US$5,333). They used the money to purchase a maize mill that requires electricity to run, hopeful that the president’s directive would be followed up on.
Sharpevale boasts a beautifully designed and magnificently imposing day secondary school, one of several constructed in the last few years by a World Bank project. As impressive as it is, there is no electricity at the school. Thirty kilometers south of Sharpevale is Bilira Day Secondary School, one of the oldest in the district. It too has no electricity. There are health clinics, post offices, private secondary schools and government primary schools, NGOs, and several other institutions operating in the Bwanje Valley area in Ntcheu, and there is no electricity in the entire area. Ironically, huge power towers and cables run across the area, carrying electricity to other parts of the country, except for the Ntcheu part of Bwanje Valley.
Meanwhile, the OVOP initiative is blossoming across the country, with support from the Japan International Cooperation Agency (JICA). It operates under the moto  “Towards Economic Empowerment of People”, and spells out its vision as “An empowered community generating wealth.” Officially launched in 2003 in the waning years of Dr. Bakili Muluzi’s presidency, after adapting the idea from Oita, Japan, the initiative has recently moved from the Ministry of Local Government & Rural Development to Trade and Industry. According to a newsletter and a flyer, the initiative had 30 projects as of March 2009.  By the end of 2009, the OVOP Secretariat had visited 60 projects, as I learned from the Bwanje visit by the OVOP team. An Antenna shop in Area 3 of the Capital City, Lilongwe, sales OVOP items from processed foods to cane furniture, to banana wine, cooking oil and gem stones, among dozens of other items. Some products are also being exported overseas, I was told by Mr. Lazarus Macheso, a shop assistant at the Antenna Shop. As of March 2009, delegations from Senegal and Rwanda had visited OVOP projects in Malawi, to learn from Malawi’s success, according to the June 2009 OVOP News, the initiative’s newsletter. And judging from explanations and descriptions offered by the OVOP team that visited Bwanje, the staff are highly trained and suitably knowledgeable about rural economics and development.
As I continue learning more about OVOP in Malawi, there are two aspects I will be interested in following closely. The first one will be the issue of development ideas whose implementation requires electricity. Perceptions around the problem of electricity supply in Malawi run the gamut from hopelessness to intractability, making one wonder whether it is not time to shift the paradigm into what is now being called green or alternative energy, ie, wind and solar power. After 46 years of independence and attempts at eletrification, how many more decades do we need to prove that the hydroelectric power experiment has ran its course? Given how President wa Mutharika has taken on some of Malawi’s most intractable problems, does the problem of energy, and the prospects of wind and solar power, register on his development agenda?
The second aspect I want to closely follow is that of ongoing experiments and attempts at finding the best approaches to economic development in the global South. Thus far the OVOP idea seems to stand out solely due to one factor. Save for the source of funds, and the Japanese origin of the idea, the initiative comes from the people themselves, who know best what local resources are available in their area. The term “local ownership” has lately become cliché, even where ownership is glaringly not local. How different is what I saw at Bwanje on May 31st? Is OVOP an initiative other development projects can learn from?
Posted by steve sharra at Monday, June 07, 2010 9 comments: