Kicking away the JCE ladder

Let me start with a disclaimer. I am not an expert in educational measurement, evaluation and assessment. These are highly specialised areas in educational research dealing with tests and examinations, and Malawi has quite a number of experts in the disciplines. My familiarity lies with curriculum, pedagogy, educational policy and teacher education. So my views in the ensuing discussion pertain to the policy implications of the decision, by the Malawi government, to abolish the Junior Certificate of Education (JCE), in the broader context of Malawi’s education system.

Several factors make the decision to abolish the JCE a monumental one. Debate on the JCE has been around for some time, although it was rather informal and sporadic. There have been research studies on educational assessment in Malawi, and a recommendation to abolish the JCE goes back to 2004, according to a study titled Student testing and assessment reform done by Kadzamira, E., Moleni, K., Kholowa, F., Nkhoma, M., Zoani, A., Chonzi, R., and Chigeda, A.

According to a 2013 article by Dr. Bob Chulu, Dean of the Faculty of Education at Chancellor College, in the journal Assessment in Education: Principles, Policy & Practice, research studies in assessment have shown that school-based assessments are more effective than national examinations. The Malawi Government has been gradually evolving toward continuous assessment as a more effective mode of evaluating students.
Sooner or later, the JCE was going to be abolished, more for reasons of educational efficiency and the improvement of teaching and learning, than for economic exigency. It was only a matter of how and when to make the decision. Two questions now stare us in the face. First, whether the manner in which the decision has been arrived at has taken care of all the cautions issued and recommendations made by research studies. Second, where do we go from here?

As reported by the Daily Times of Monday21st September, the decision to abolish the JCE has come as part of the on-going Public Service Reform Programme (PSRP). Government ministries, agencies and parastatals are doing internal scrutiny and deciding for themselves how and what to reform. The suggestions are taken to the PSRP Commission, where they are further scrutinised and debated, before making a decision on them and passing it on to the president. What this means is that the changes announced last week came from MANEB itself. The president merely approved them, probably after being convinced, by way of the commission’s decision.

Writ large, the public service reforms are a much-needed and welcome change for Malawi. The country’s future depends on them. We cannot continue business as usual, lest we manifest Albert Einsten’s definition of insanity: doing the same thing repeatedly and expecting different results each time (I just learned this is a mis-attribution). As long as the internal process itself is systematic, consultative, and rigorous, we can rest assured of a process that will bear good fruit. Whether that indeed is the case will be known in due course.

Coming to the JCE question, a number of factors complicate the way in which the decision has been made. The first factor is that the reforms are happening at a time when the Malawi economy is undergoing severe problems. While it is true that necessity is the mother of all inventions, the danger in our circumstances is that institutions may be tempted to think of reforms dictated more by economic necessity than by the desire for wholistic efficiency. There is great risk here that the economic factors could triumph over common sense and end up skewing the reforms. This is not to question the timing of the reforms. It is the perfect timing. But the risk for skewed reforms needs to be taken seriously. In any case, and as Austin Madinga pointed out on his Facebook page, “it had to start somewhere.”

The second complicating factor is the efficiency, or lack of it, of our educational system. The majority of Malawians who start school dropout and never finish. About 900,000 enter school every year and after seven years about 700,000 drop out, according to government statistics (ESIP II, 2014). Only about 90,000 make it to secondary school yearly. This decision means that we will have millions of Malawians who attended some schooling but left with nothing to show for it. Countries that do not have the equivalent of the JCE tend to be countries whose dropout rates are negligible. Ours are some of the highest on the planet.

The idea of having people request for their Standard 8 transcript means that the majority will choose not to for reasons others have pointed out. It is true that both the Standard 8 and the JCE certificates are no longer valuable for employment. But this is based on faulty thinking, as I will explain in a moment.

The third factor relates to the message being sent about the value of education up to Form 3, as I have pointed out elsewhere. This is an unintended consequence concealed in the justification given for the decision to abolish the examination. The message to students, teachers and parents is that none of this education is important, until a student reaches Form 4. This reasoning emanates from what we could call, for lack of a better term, the kick-away-the-ladder syndrome, borrowing from the South Korean and Cambridge University economics professor, Ha Choon Chang.

The argument given by the government, that the JCE has lost its value and is not demanded by employers emanates from this syndrome. It can only be made after one has ascended to the roof and now thinks one no longer needs the ladder. So one kicks it away. The success is being mistaken for the path. The fact that you have now reached the roof does not mean you did not need the ladder all along. Sending this message about the value, or lack thereof, of education up to Form 3 can erode seriousness amongst students, teachers and parents. Though unintended, it is the wrong message to send.

The fifth factor complicating this decision is the speed and volume of the changes. There have been no less than four major educational changes announced in a space of eleven days in September alone. And more are coming. There is a new secondary school curriculum now. There are new national educational standards. Many simultaneous changes could potentially send a shockwave through the education system. I don't envy the Ministry of Education officials, DEMs, PEAs and head teachers who have to implement all these radical changes all at once. We should consider introducing them in phases to allow for an orderly change management process. 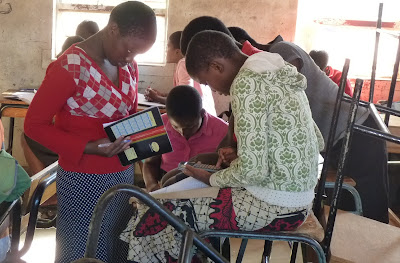 A pilot study done in Ntcheu in the early 2000s found that although it improved student performance, it was taxing. Teachers found it very demanding, especially in large classes. Teachers implementing continuous as part of the current Primary Curriculum and Assessment Reform (PCAR) have since complained that they spend more time filling forms and recording numbers than preparing for teaching. Rather than improve teaching and learning, this form of busy work has worsened matters.

Moving forward after the abolition of JCE will require meticulous caution. There will be need to consult widely, from students to teachers to parents and other stakeholders. Continuous assessment works in contexts where classes are small. The target of 60 students per teacher which Malawi has been aiming at for the past decade is far from the ideal, as anyone who has taught young people will testify. The only reason that ratio appears in our policy documents is because the status quo is unimaginable. We have perhaps the highest teacher-pupil ratios in the world. The official one appearing in policy documents, 1:78, is far from the reality on the ground. The national ratio obscures the true numbers in the lower grades.

Teachers need to be well educated, and resources need to be available for continuous assessment to succeed. A Zambian study on continuous assessment confirmed the problems caused by large classes and lack of teaching and learning resources (Kapambwe, 2010). It also identified student absenteeism and poor monitoring and feedback by district officials as other compounding factors.

These challenges are common to Malawi as well. If the money saved from these decisions does not go towards addressing the identified challenges and making conditions more conducive for continuous assessment, we will be courting worse disasters down the road. 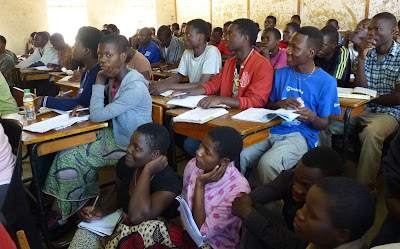 There is a paradox about examinations. They influence teaching and learning because students, teachers and society tend to take them as the ultimate goal of education. They become self-reinforcing. This paradox extends to global educational role models. Finland, considered to have the best education system in the world, has only one national examination, taken at the end of secondary school. East Asia (China, Singapore, South Korea), which now produces the highest student performance scores in the world, relies on a heavy, punishing examination regimen. Some students commit suicide in the process.


A paradigm shift is underway in global education, moving from education for employment towards education for creativity and innovation. The rationale for this shift is that nobody can predict the world of the future, so it does not make sense to educate students for employment. Better to educate them for creativity and innovation so they can adapt their knowledge to solve problems unknown today.

There are good models Malawi can learn from. But removing the examinations without a careful, deliberate process could create a vacuum that could paralyse the system. We need to proceed very carefully and put in place long term plans, guided by meaningful consultations. Or else we will be solving a few problems while creating bigger ones.
Posted by steve sharra at Monday, September 28, 2015 218 comments: