The passion of Hastings Maloya: A tribute

I learned with great shock, a few hours ago this Friday night, that Hastings Maloya is no more. Malawi has lost a young, unique dynamic Malawian who combined a passion for the environment, a zeal for communication and a love for conservation. In addition to being an environmentalist and a conservationist, Hastings was also journalist, blogger, public relations practitioner and cultural conservationist, among many other hats he wore. 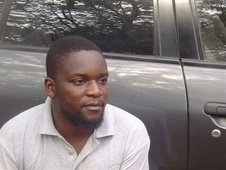 I first met Hastings Maloya in 2004. I had travelled to Mulanje to visit Our Hope Private School, which he was running with a group of friends. I had brought him a blue t-shirt with the words “Post Oak Elementary School,” given to me by Mrs Mary Krouse. Mrs Krouse, now retired, was then a 5th grade teacher at Post Oak, in Lansing, Michigan, USA. She was an experienced mentor teacher in whose class I supervised post-bachelors degree students interning for their certification to teach at Michigan State University. She wanted to twin her 5th grade class with a Malawian 5th grade class. I posted the request on Nyasanet, and Hastings Maloya replied immediately.

I spoke to the children at Our Hope on August 16th, 2004, and took some pictures with them. I also took some artefacts they had asked me to take back to their friends at Post Oak. Our Hope didn’t last long; it closed a year or so later, but Hastings held on to hopes that it would reopen one day. I remained very good friends with Hastings, and got to admire a number of things that made him stand out as a uniquely talented Malawian. 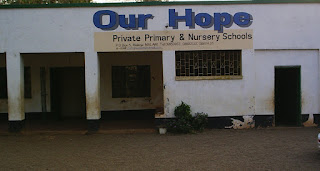 He dedicated his professional life to the environment in general, and to Mulanje Mountain in particular. The third highest peak in Africa, Mulanje Mountain is a rare monument that holds amazing wonders. Yearly tourists visit the mountain from all corners of the world, and some attempt to go to its no-go areas. The highest peak on Mulanje Mountain, Sapitwa, means just that: no-go. In the last ten years at least two tourists have attempted to reach Sapitwa, with fatal consequences.

On the morning of 12th or 13th September 2003, Linda Pronk, a lab technician from the Netherlands working for VSO, set off on her own to scale Sapitwa. When she did not return by night, search and rescue teams were despatched, but did not find her. She has never been found, to this day. According to Peter Mitunda, Malawian filmmaker Villant Ndasowa produced a 30-minute documentary on Linda Pronk’s missing, a review of which is available online. There is also a 3 minute video clip on Youtube. Mitunda’s review of the documentary mentions two other known disappearances on Sapitwa. Patrick Phewa disappeared in 1943, whereas Kubwalo Mwabvi disappeared in 1992. They were both Malawian locals who came from the Mulanje area.

On 5th August 2009, grass cutters found the body of Gabriel Buchmann, who had been reported missing three weeks earlier on July 17th. Buchmann was a Brazilian Fulbright scholar studying at the University of California at Los Angeles (UCLA), in the United States. He too had hoped to climb Sapitwa Peak, without the help of trained guides.

In both the 2003 and 2009 episodes, which grabbed international headlines, Hastings Maloya was the public face of Mulanje Mountain. He was Programme Officer for Education and Communications for the Mount Mulanje Conservation Trust MMCT, where he started working on 1st September, 2002, according to what he wrote on his blog. In 2010 Hastings became chairperson of the SADC Environmental Forum, ascending to a remarkable position in recognition of his work on environmental activism and conservation. Previously he had worked as a reporter at the Malawi Broadcasting Corporation. Hastings wrote on his blog and in the local print media about the disappearance of Linda Pronk, and spoke to local and international media on the death of Gabriel Buchmann. 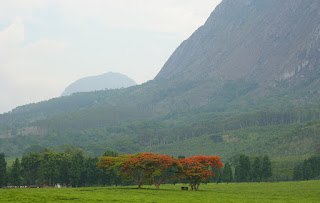 As an environmentalist, Hastings was a walking library of knowledge about Mulanje Mountain and about the environment in Malawi. I nursed the hope that he was one day going to sit down and write a book about the mountain, something I suggested to him on more than one occasion. He promised he would. He liked to post pictures on facebook and on his blog, in which he was lovingly and nonchalantly caressing deadly snakes. I once asked him what it took to learn how to do that, and he said it was a matter of training. He was an avid sports lover, and actively promoted the annual Mt Mulanje Porters Race.

Hastings had a strong presence in Malawi's social media sphere. He founded and moderated an environmental discussion forum, before co-founding and moderating the google forum for the Malawi chapter of the Media Institute of Southern Africa (MISA). As a blogger, he promoted environmentalism and conservation. He was a prominent feature on Nyasanet, where many of us first met him, before meeting him face to face. Countless times Malawians in the diaspora would make contact with Hastings as they planned trips to Malawi, and would make it a point to visit Mulanje just to see him. He did the same on his travels around the world, using social media to connect with other Malawians in the diaspora.

In November 2011 I joined a team of colleagues who were visiting schools in Mulanje district. The next afternoon I walked over to Hastings’ office, and found him out on a long lunch. I phoned him, and he asked me to wait, he was just turning the corner. He asked, half-jokingly and half-seriously, if I had any interest in seeing his snakes. I told him absolutely no way. I had planned to go up the mountain to see how far an hour's hike would take. I asked Hastings if it was safe to do so, and if I needed a guide. He reassured me it was safe, and that for an hour's hike up from Kara O' Mula Lodge, I would not need a guide. I was surprised to find robust cellphone network deep into the recesses of that of the mountain, which enabled me to tweet my way up and down the trail.

That afternoon Hastings told me about an exciting project that was about to be launched in Mulanje district. A remote village was going to have electricity for the first time ever, solely powered by a hydro-electric plant on a falls along Likhubula River. He and his colleagues were very excited about it. He also gave me calendars, magazines and annual reports prepared by the MMCT. I told him I was particularly interested in MMCT’s project to have UNESCO designate Mulanje Mountain as a World Heritage Site. It would be Malawi’s third such site, after Lake Malawi, and Chongoni Rock Art in Dedza.

Should this happen, it will be a dream come true for Hastings. It would also be a fitting tribute to his life and work to protect Mulanje Mountain and to promote ecological consciousness in Malawi and beyond. May your soul rest in eternal peace, Mbwiyanga, Mapwiya Mung’onong’ono.
Posted by steve sharra at Friday, September 14, 2012

Shocking news. Still in disbelief. May his Soul Rest in Peace

Sure Malawi has lost a talented young man. We'll greatly miss him. Thanks for the tribute, Steve.

Shocking news indeed!! My condolences to Martha Nanthoka and Patricia Ziwa (USaid, Lilongwe). May his soul rest in peace.

Shocking indeed. May his soul rest in peace and may those that he shared his passion and work with continue with what he started.

Many young people are dying in our beloved Malawi. Who will be left to move this country forward?

It is exceptional and I always this type of people who promote ecological awareness . I believe the work/aims are to set up unassuming nature, kindness and harmony which can construct this globe Utopia. www.buyassignment.com

Thank you a lot for take the time for such a good information. Expert comptable Abymes

Keep sharing this type of posting with us.. Thanks. Hébergement la Désirade

Excellent article for reading and get important information, reading the article is my hobby, but I really like read your article, amazing article thank you very much, allassignmenthelp is a wonderful platform to write your easy and article by the best expert. plagiarism checker for students

Tutors at Abc Assignment Help are proficient in meeting deadline for given taxation assignment. They are capable for composing high quality content adding proper referencing to the work. On demand, you receive plagiarism report and quality check report for Taxation Assignment Help. 24/7 customer help service is available for students. Corporate tax, Income tax, Property tax and more other subjects are excellently dealt by our online professionals.

Being born in the family of Indian parents, Sherman Alexie is still considered as one of the most popular writers, poets and filmmakers in American culture. Sherman Alexie essay completely describes his experience.

My assignment help online is a premium academic writing service offering professional assistance in every course and subject of your choice. We provide best assignment help as our tutors will guide you through identifying expert answers with proper arguments and references. We offer expert writing service for assignments, essays, coursework, report writing, case study, research paper and thesis within your budget.

wow this is very awesome blog , I have seen a similar blog here Assignment Writing Service UK it might be important

The tendency of education moves towards the complexity of education in search of future demand. This now poses a challenge to the increasing compliance requirements in governance and educational trends. For this reason, students are given complex tasks to develop critical thinking about the subject and the subject. To complete this assignment, they take the online assignment help service by assignment helper.